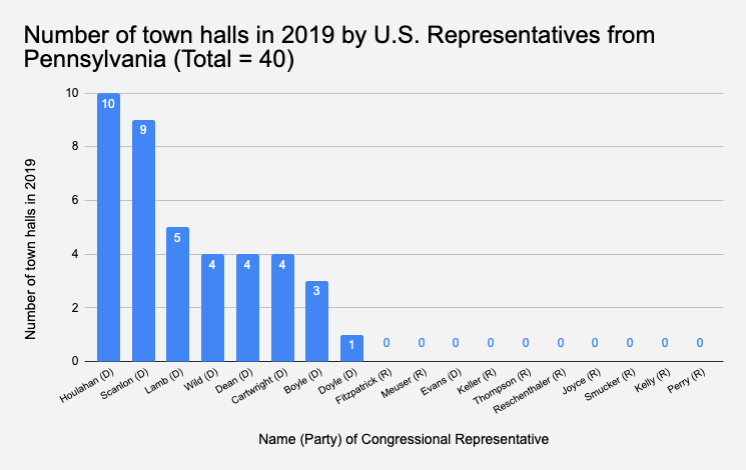 Town halls seem like something quintessentially American. It’s a place where citizens get together to hear each other and make decisions. It’s also a way for politicians to engage with their constituencies. The digital transformation that has unfolded over the last decade (and likely before than that), has made town halls less important: tv, email, social media and online video have allowed information to flow. But does that mean town halls are dead? Not needed? In the age of social media is it important — still — to come together to meet, to talk, to listen? This coverthis.news story aims to look at the issue objectively, simply by counting town halls across Pennsylvania House of Representatives.

If you want the key results, here they are. But please read through the rest of this article to see our methodology as well as the data and other analysis.

There are 18 U.S. Congressional Representatives in PA. They are split evenly by party. They are:

To collect the information we followed this process: 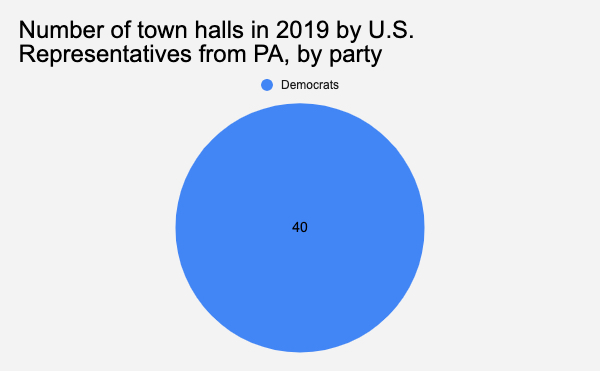 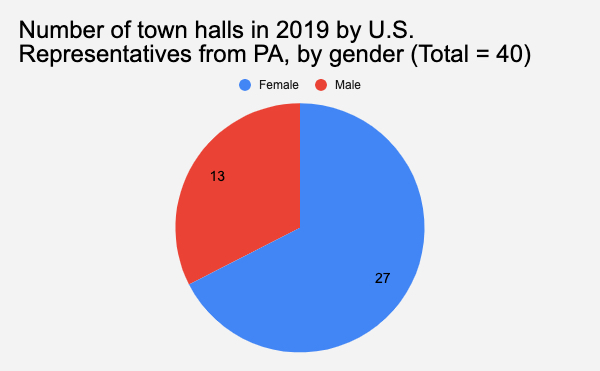 Questions for the audience

How coverthis.news makes this possible

coverthis.news is a website that allows anyone to suggest a topic that’s worthy of news coverage.

Chris Dima and Austin Gomberg researched and wrote this report.

Who paid for this research/reporting?

The following backers contributed 100% of the funds behind this story.

Chris is the founder and CEO of Walnut St. Labs, a technology consulting firm in West Chester, PA.