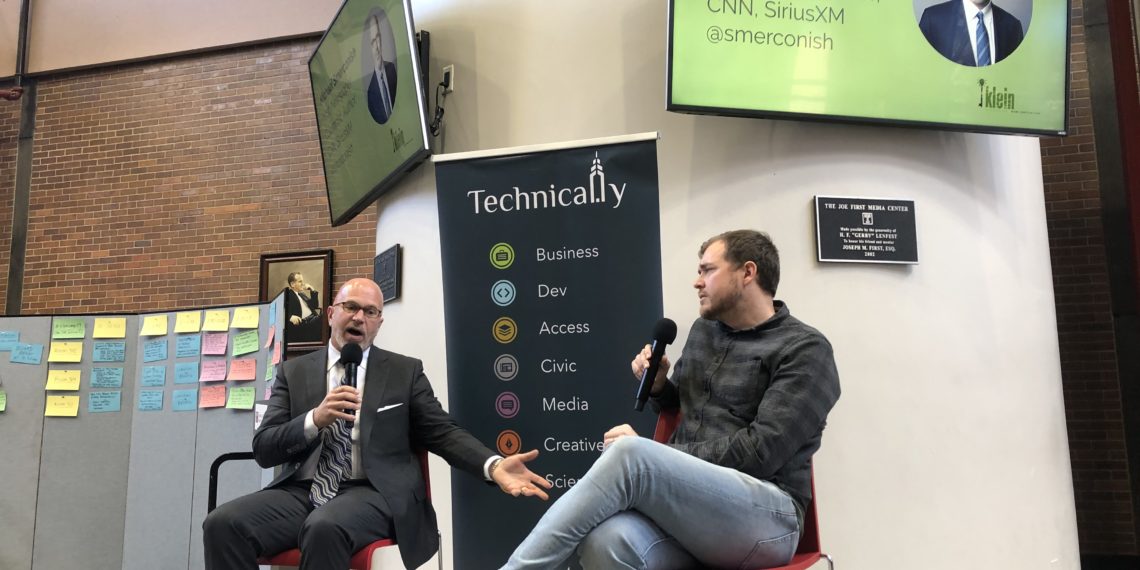 Innovation in journalism is everywhere, especially in Philadelphia

This past Saturday I attended the Klein News Innovation Camp. What I enjoyed most had to be all the different people I spoke with and got to know over the day. People from a variety of different careers, backgrounds… I met journalists with years of experience, students just starting out, Democrats and Republicans, boomers and millennials. All were there for a common goal: the innovation of news. Here are the highlights!

Wink and Smerconish: how did we get here, where are we going 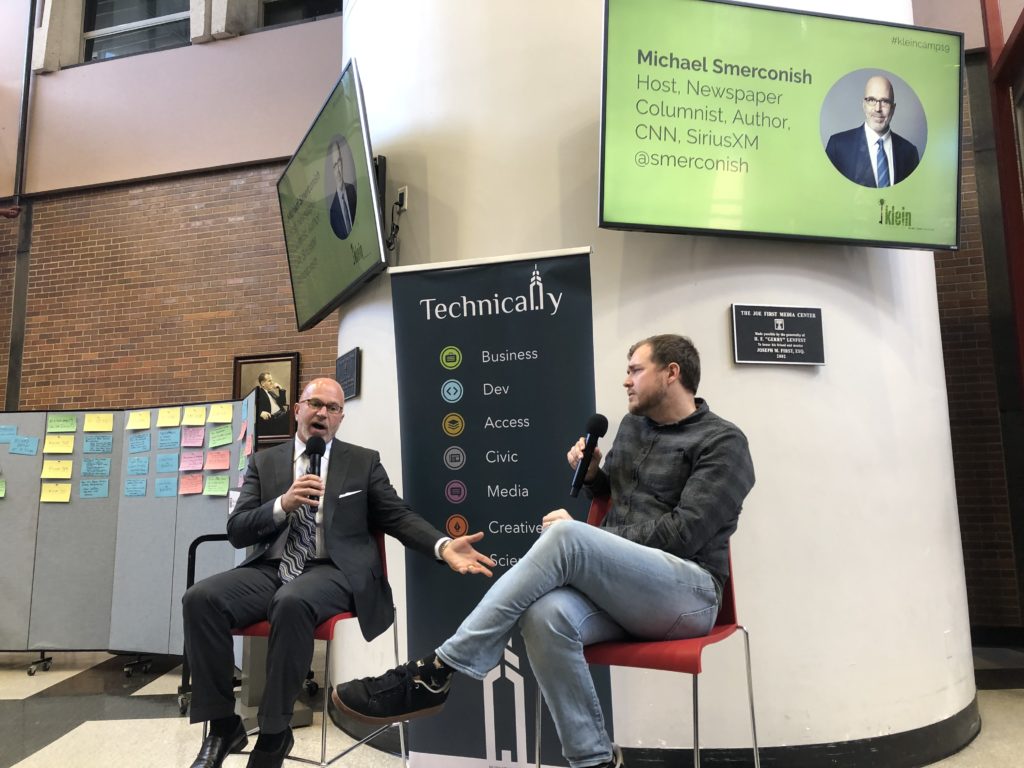 The live interview with Michael Smerconish by Christopher Wink was a great way to focus everyone’s attention. Smerconish and Wink had great chemistry, which lead to some compelling conversation. The first thing discussed was Smerconish’s past, specifically how he was once a conservative and someone who campaigned for Reagan. It was interesting hearing him describe how different the word “conservative” was back then, and how he identifies politically today. Wink then used this as a jumping off point for them to discuss more current issues like impeachment in relation to how different news organizations, MSNBC to Fox for example, cover these issues differently; and how that affects everyday people trying to understand what’s going on. The part of the interview that stuck with me most had to be hearing the two talk about “Twitter toxicity” and how it’s negatively affecting our political discourse. I really agree that the way we talk to each other online about heated topics (politics, race, religion, etc.) is far from the way we’d actually discuss these issues in real life. Smerconish confirms this by saying even in today’s time, the most vitriolic comments he’s received have always been from online mediums. Smerconish says his experience has been that when people approach him “IRL”, they are friendly and excited to see him. Just like we all were in the crowd! 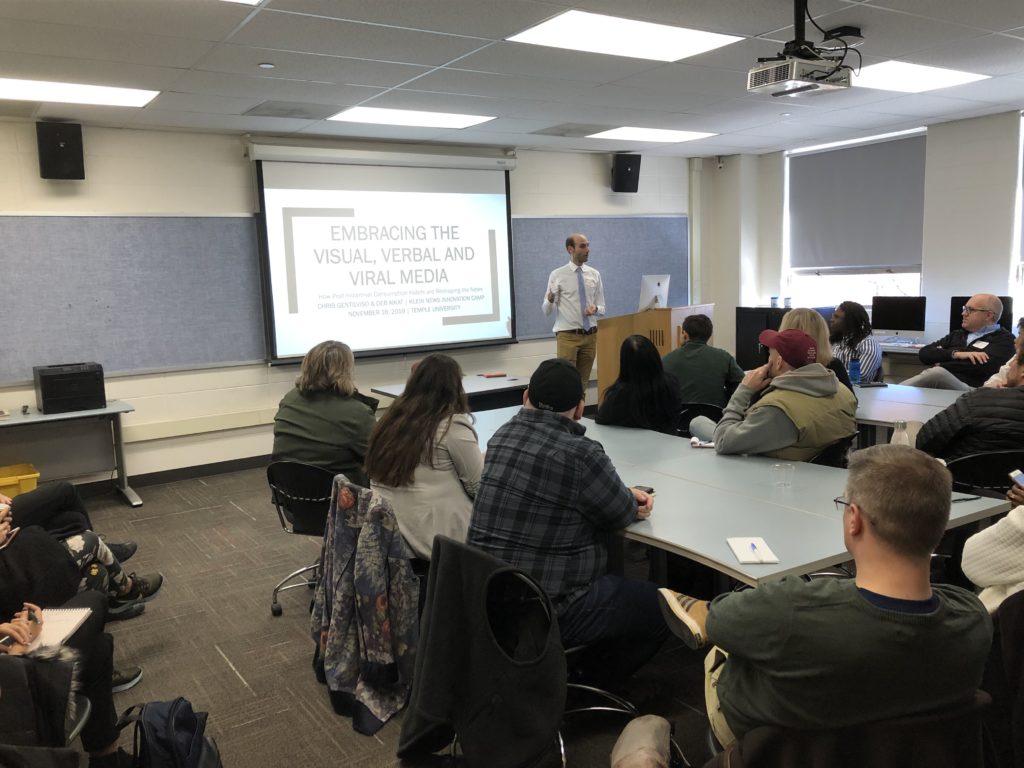 I learned so damn much at this event! There were so many informative and creative presentations. These two stand out:

Chris’s presentation shared key findings about how younger generations are taking news in differently. One example being, “Post-millennials read less and watch/listen more.” He used this conclusion to speak about how if news companies don’t get a grip on changing ‘audience tastes’ their biggest competitor is the consumers themselves who in a digital world can create their own networks pretty easily. This was highlighted on the simple fact that everyone millennial or younger in the room, myself included, couldn’t remember the last time, if ever, that they bought a newspaper for personal use.

Aram’s presentation was overwhelming, but in a good way. I can’t say I’m tech savvy enough to understand everything but what I took from his presentation was that we don’t “need” the ‘powers at be’ level tech giants like Google, Facebook, Microsoft, etc. we don’t necessarily need them to communicate over social media style platforms in mass numbers or to use the internet in mass numbers. Why? Because of the “Decentralized/Distributed Internet.” It’s a localized internet we can make from device to device ourselves, and there are also ready made social media clones that we can create on the fly to host however many people; who are all in the same room or in all different parts of the world, the possibilities are endless. 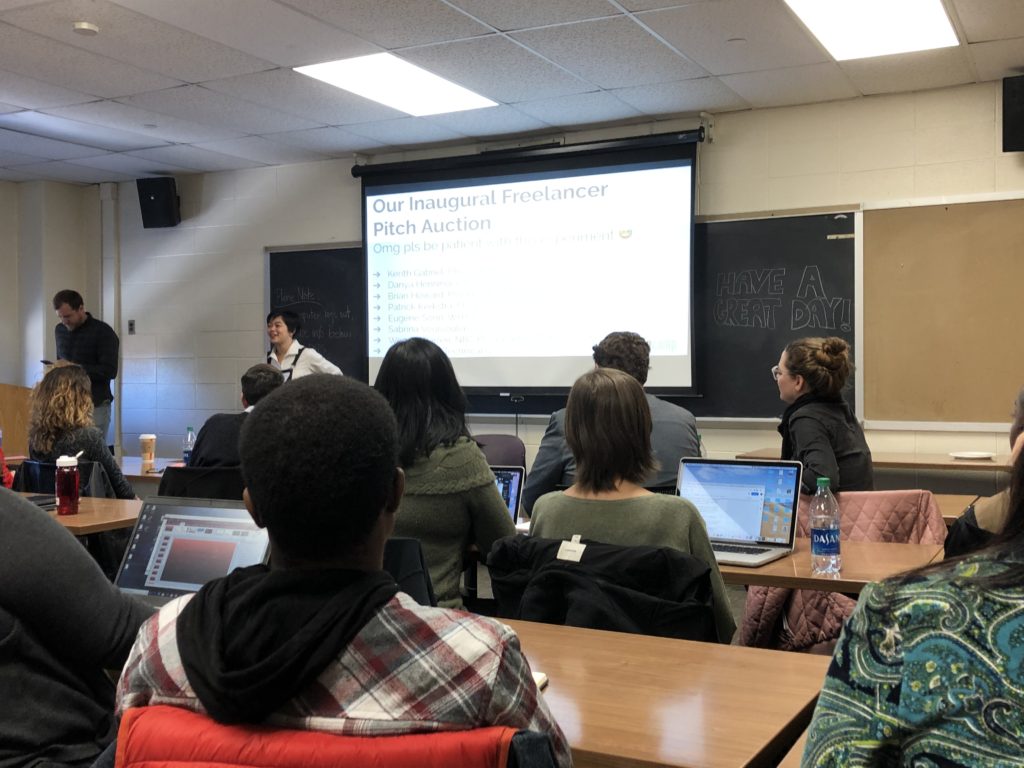 Finally, the most interesting part of the day: the Inaugural Freelancer Pitch Auction. In short, it was a way for editors to hear live pitches from freelance journalists and bid on them in real time. I saw editors from Billy Penn, The Philadelphia Inquirer, WHYY, Generocity, Philadelphia Magazine, NBC Philadelphia, and TechnicallyMedia all commit hundreds of dollars to local grassroots story ideas.

coverthis.news is the digital version of what I saw play out right there: a way for anyone, not just journalists, to pitch a story, get it funded, and get it covered. Imagine if everyone in the audience, had a coverthis.news app on their phone and was able to throw a few dollars into the pot? Innovation is happening.

Thanks Christopher Wink, all of TechnicallyMedia, and Temple Klein for putting on such a wonderful and important event.  Looking forward to next year!